IoT and Net Neutrality: What Does a Free and Fair Internet Mean for The IoT Market? 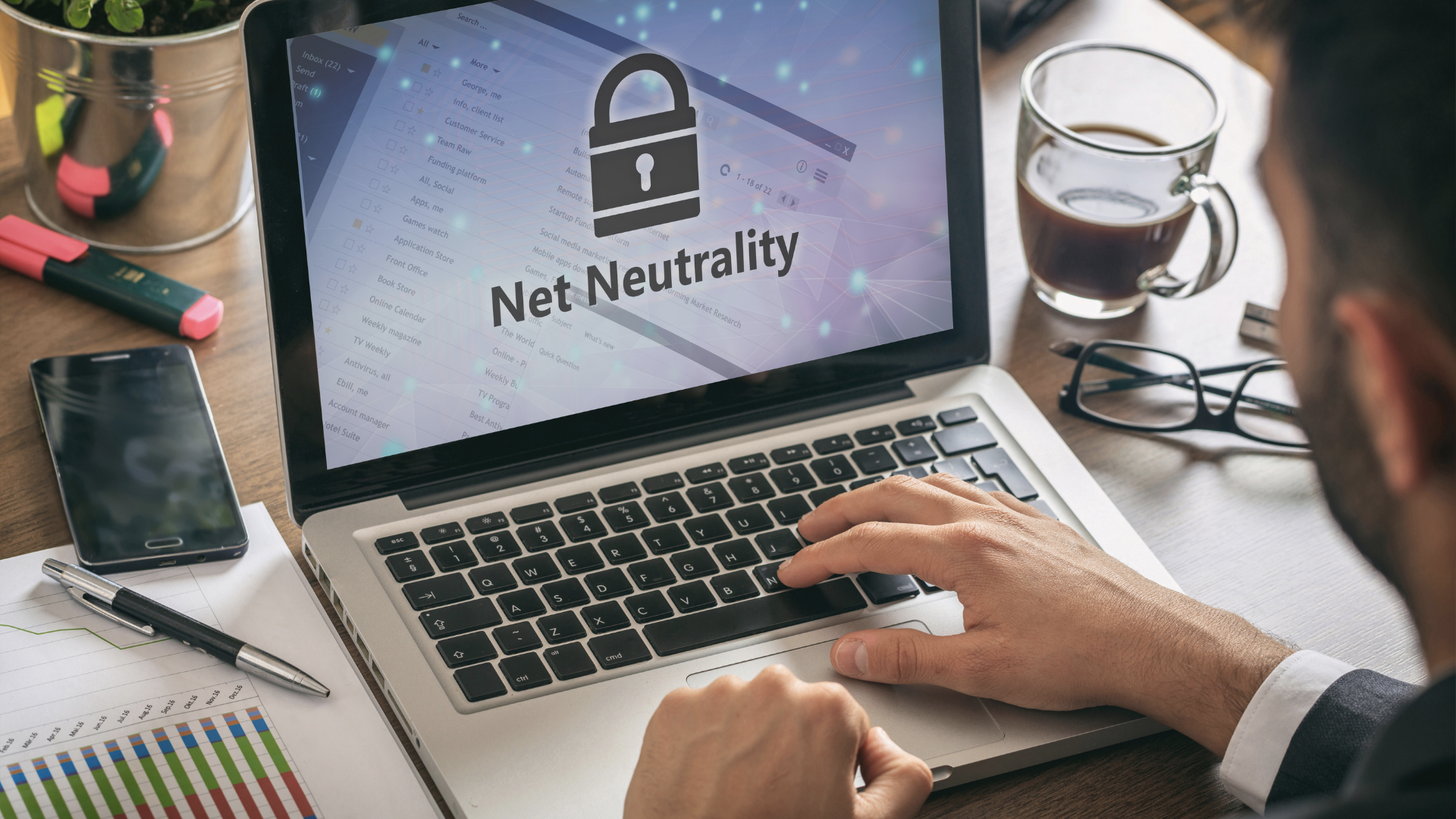 Net neutrality advocates for a free and fair internet, where IoT users can interact and exchange information without ISP interference. This article discusses the current state of net neutrality and what IoT industry participants can expect down the road.
The Internet of Things has advanced dramatically in recent years. Industry analysts estimate over $700 billion was spent on IoT technologies in 2020 and project investments to exceed $1.1 trillion by 2023.
However, IoT advancements are not without challenges. For starters, large data volumes have made data processing complicated and costly. Another concern is the lack of technology standards for making connected devices "understand" each other. Meanwhile, data security and privacy threats have continued to render IoT solutions too risky for some applications.
Recently, IoT has been grappling with new threats brought about by shortcomings in net neutrality. A free and fair market is critical for IoT to thrive and achieve sustainable growth in the future.
Today's article delves into the raging net neutrality discussion and what it means for present and future IoT industry participants.

The current state of net neutrality

The net neutrality debate traces its roots to a 2002 paper by Columbia Law School professor Tim Wu. Dubbed A proposal for Network Neutrality, the paper described how the advancement of home broadband created a new, challenging regulatory problem. Although internet service providers had a right to optimize their networks for maximum efficiency, Wu argued that they must not be allowed to discriminate against some internet users and applications to advance their profits.
Net neutrality has come a long way since then. The FCC has been embroiled with ISP advocate groups over its open internet regulation for over a decade. The tussle culminated in the FCC repealing its Open Internet Order in 2017, which required ISPs to enforce net neutrality.
Today, the push for neutrality continues, with multiple states, including California, Washington, and Oregon passing their own laws for upholding net neutrality. Some states have even implemented executive orders that prohibit state agencies from engaging with anti-neutrality ISPs.

Why does net neutrality matter?

Net neutrality is a hotly contested topic. Supporters strongly believe a free, open, and non-discriminatory internet is critical for knowledge democracy, ethical business processes, fair competition, and innovation. On the other hand, net neutrality opponents, who include many ISPs, maintain that denying network providers complete freedom to manage their resources is an unnecessary hurdle to innovation and economic growth.
ISPs generally campaign against neutrality because of two reasons. First, a two-tiered service model works in their favor because it allows them to charge premium fees for priority placement and faster speeds and standard rates for general consumption. Secondly, ISPs benefit from zero-rating, which entails not charging customers for using data on specific websites. With zero-rating, providers can create data plans that favor their own or affiliate sites.
While a non-neutral internet market may be favorable for service providers, it can create a restrictive environment for internet users. Net neutrality advocates for a free and fair internet where users can interact and exchange information without ISP interference.
Below are three key benefits of a net neutral internet market.

1. Information freedom. By pushing for equal service across the entire internet market, net neutrality creates an environment where people can share knowledge and ideas freely, using any platform. Net neutrality laws prevent service providers from lording over what consumers can access or use on the internet.

2. Economy freedom. Giving ISPs the power to control internet access as they deem fit can disadvantage businesses that cannot afford faster access bands or zero ratings. Net neutrality aims to level the playing field by preventing deep-pocketed enterprises from gaining an unfair market advantage when they pay to give customers faster, unrestricted access to their products.

3. Innovation freedom. Net neutrality pushes for an equal opportunity internet market, where smaller, newer companies get the same access to the market as larger existing enterprises. Therefore, it removes entry barriers for innovative initiatives and gives them the best chance to thrive.

Net neutrality and IoT – a boon for suppliers and adopters

The net neutrality conversation typically covers its impact on ISP operations and consumption trends. However, with the Internet of Things increasingly prevalent in everyday individual, home-based, and industrial activities, it makes sense to consider how net neutrality influences IoT services. After all, current estimates place active connected "things" at over 35 billion worldwide. Collectively, IoT devices are significant contributors to internet usage.
Read on for four ways net neutrality benefits the IoT market.

1. A level playing field for IoT suppliers
The IoT market has grown exponentially in recent years, and as a result, numerous players, including internet service providers, are itching to get a slice of the pie. ISPs like Comcast are already developing smart home platforms, which is enough incentive to make competing solutions slower. Net neutrality removes the possibility of ISPs using their control of internet connections to give their in-house or affiliated IoT solutions an unbeatable advantage in the market.

2. Latency-free connectivity
Connection quality can make all the difference between product success and failure. Communication delays between sensors and end-user interfaces can result in delayed corrective actions and costly outcomes. Therefore, in a world where ISPs can throttle internet speeds as they see fit, some IoT solutions may end up unable to function as intended. Net neutrality protects IoT products from ISP-induced latency, giving every solution an equal chance of surviving in the market, at least from a connectivity standpoint.

3. Widely available market insights
IoT solutions generate massive amounts of data, which numerous industries leverage to improve their products and business models. However, the lack of net neutrality gives ISPs complete control of the data that IoT platforms can collect and transmit. Net neutrality eliminates the barriers of information flow within and beyond IoT environments, offering businesses all the insights they need to optimize processes and make sound decisions.

4. More choices for IoT adopters
A free and fair IoT market, where everyone enjoys the same access, speed, and quality of internet resources, encourages suppliers to venture and showcase their offerings. Consequently, IoT customers get a healthy mix of products from which they can choose solutions that match their needs and budgets.

How will net neutrality shape the future of IoT?

Although the Internet of Things will continue expanding down the road, net neutrality shortfalls will still pose a significant challenge. Thanks to the surging demand for connectivity, latency issues will likely become more prevalent, forcing ISPs to invest considerable funds into improving networks. Many observers predict that these expansion costs will be passed onto network users through more expensive billing models.
IoT users and suppliers are among the many ISP customers that will be affected by net neutrality inadequacies. So, as a participant in the IoT sector, you must pay close attention to how the net neutrality discourse unfolds.
IoT2Market is the leading marketplace for all things IoT, from isolated devices and components to integrated end-to-end solutions. We embody the concept of neutrality by giving every supplier, big or small, fair and unrestricted access to customers.
Create your IoT2Market Seller account today and give your product the best chance of succeeding in the market. 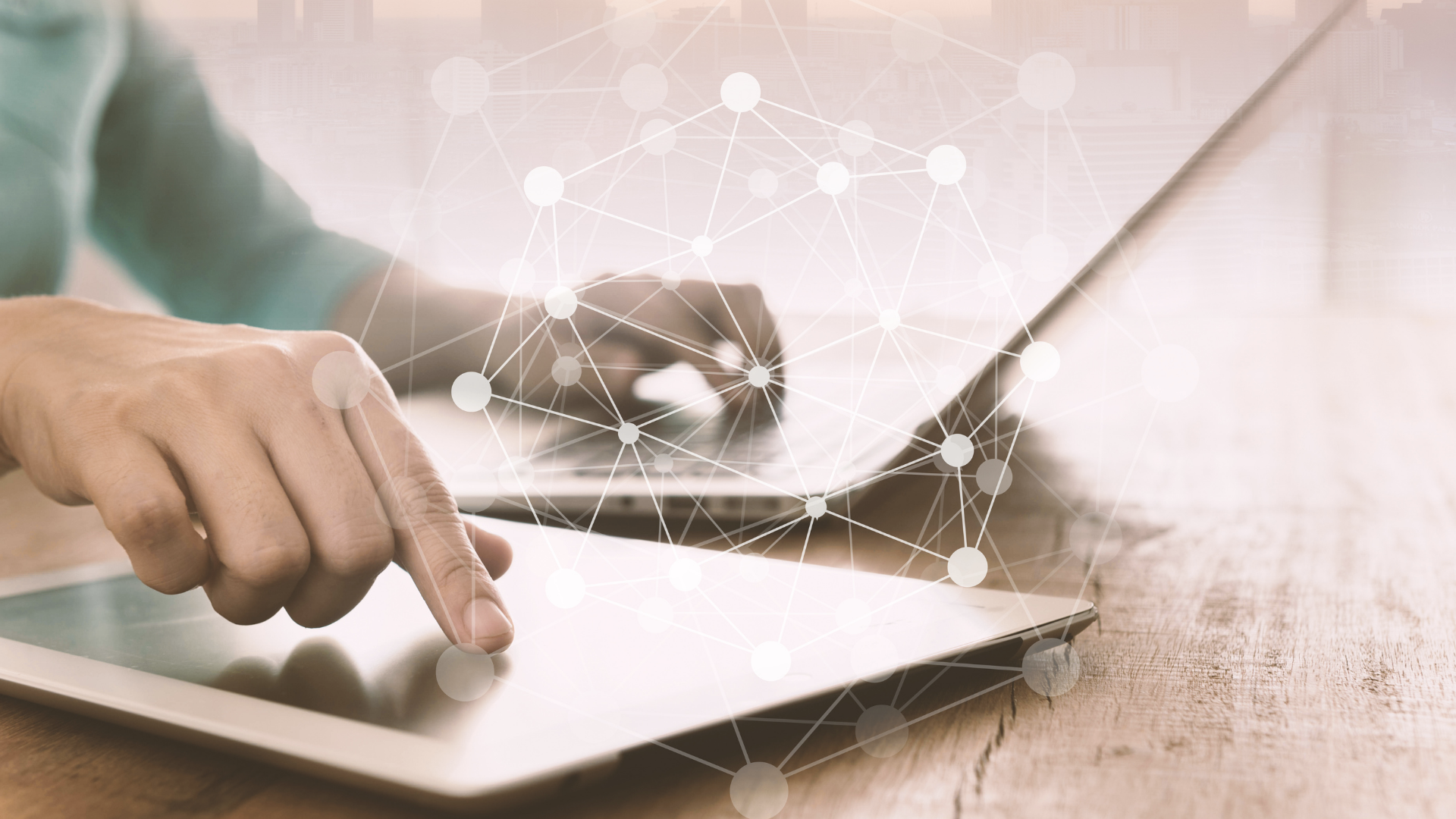 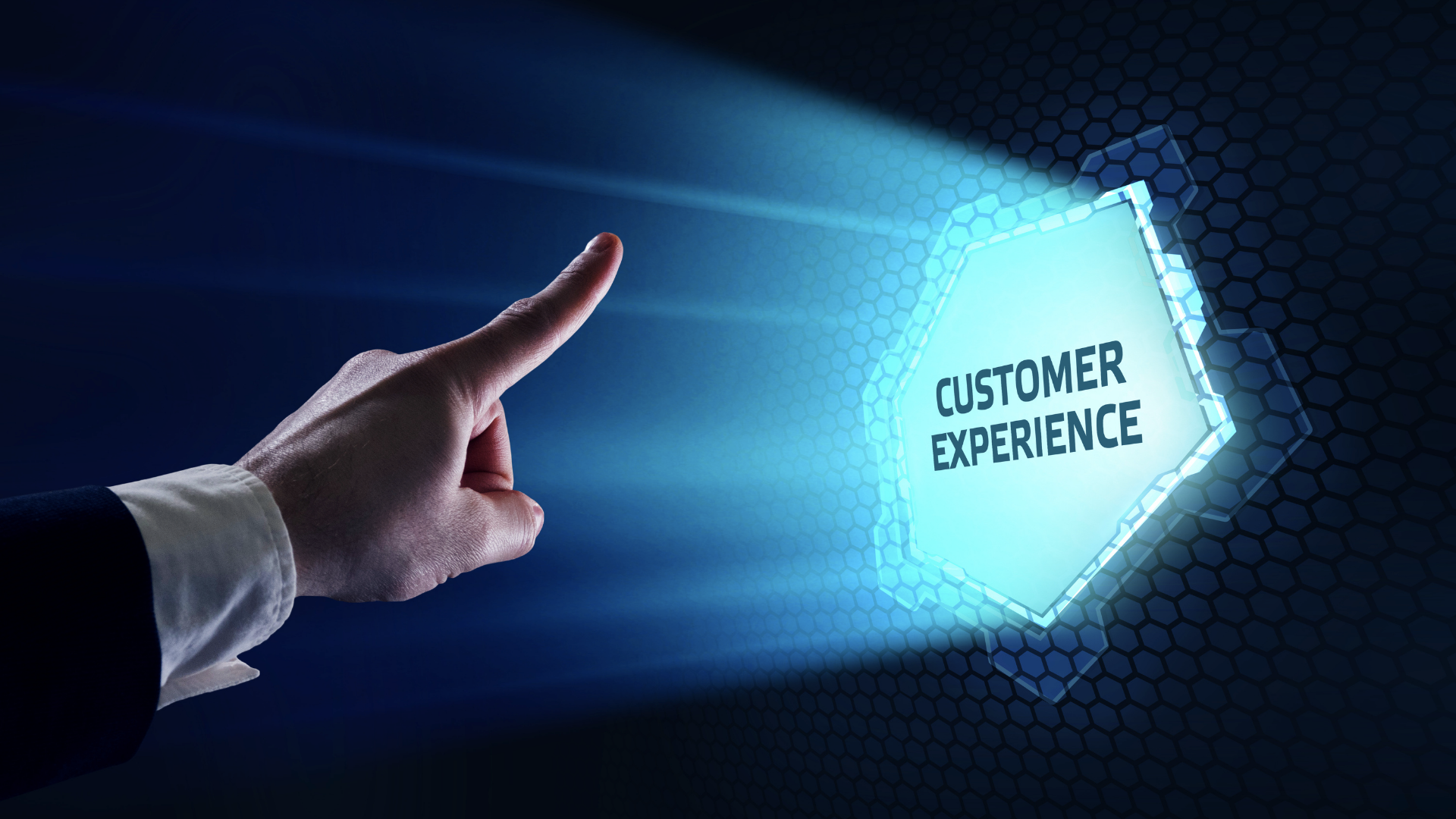 Enterprises leveraging the Internet of Things for real-time monitoring and data management are gaini ... 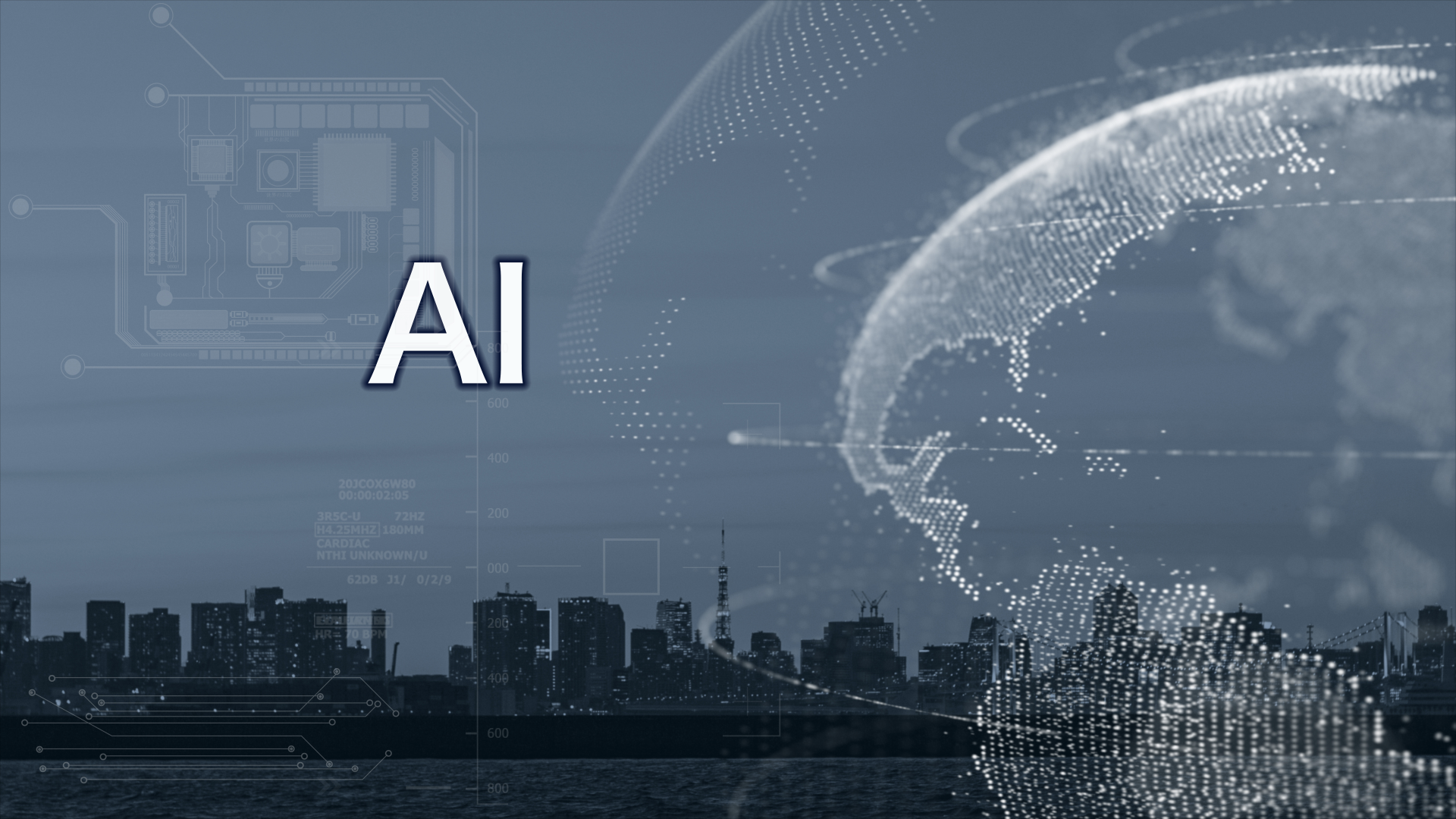 The Critical Role of AI in IoT ...

The Internet of Things has a remarkably wide range of use cases that can be made even wider with art ... 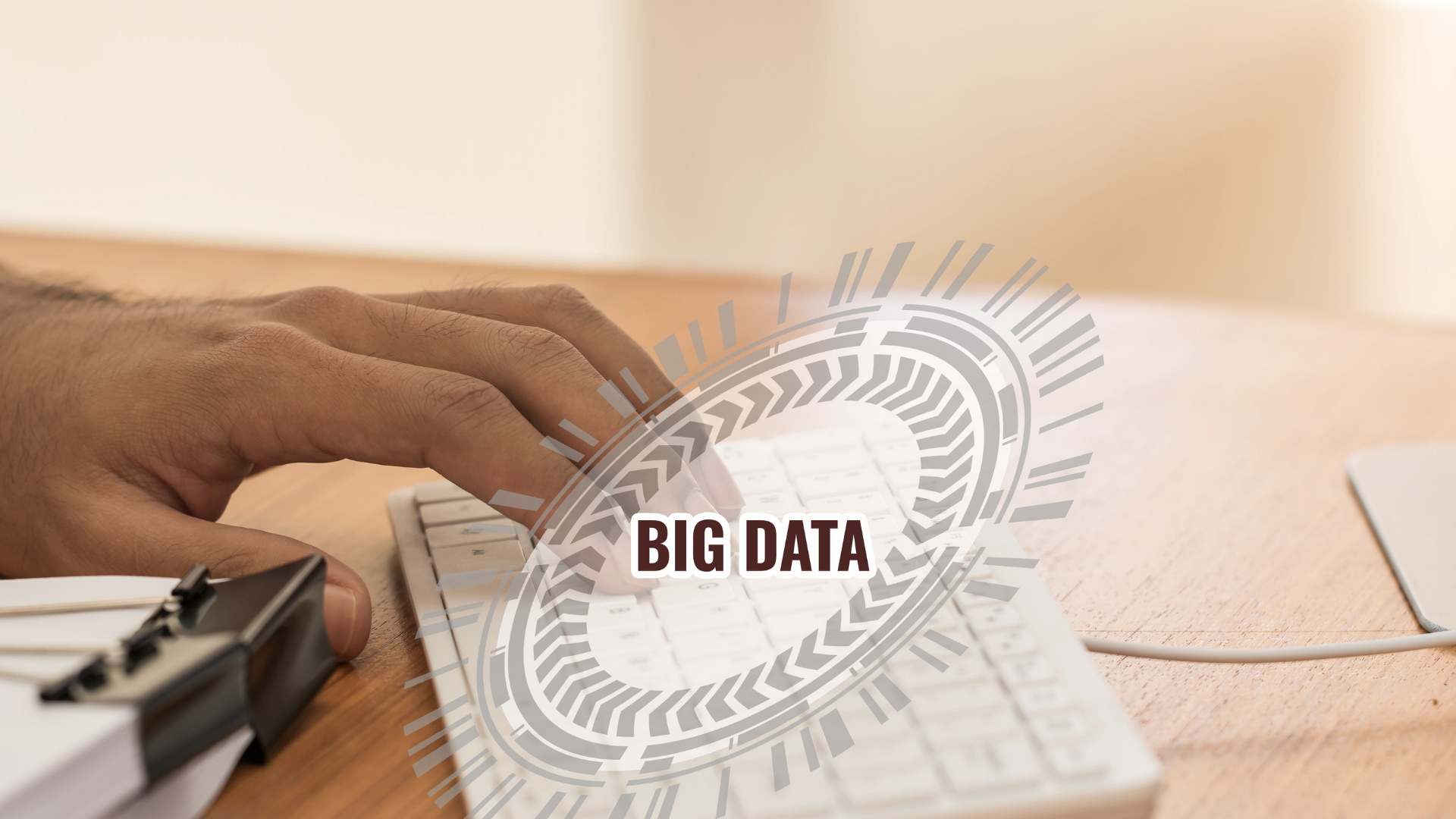 The Internet of Things and Big Data are two of the most impactful technologies today. Although they ...