IoT And Wildlife Conservation: Saving Endangered Species One Sensor at a Time 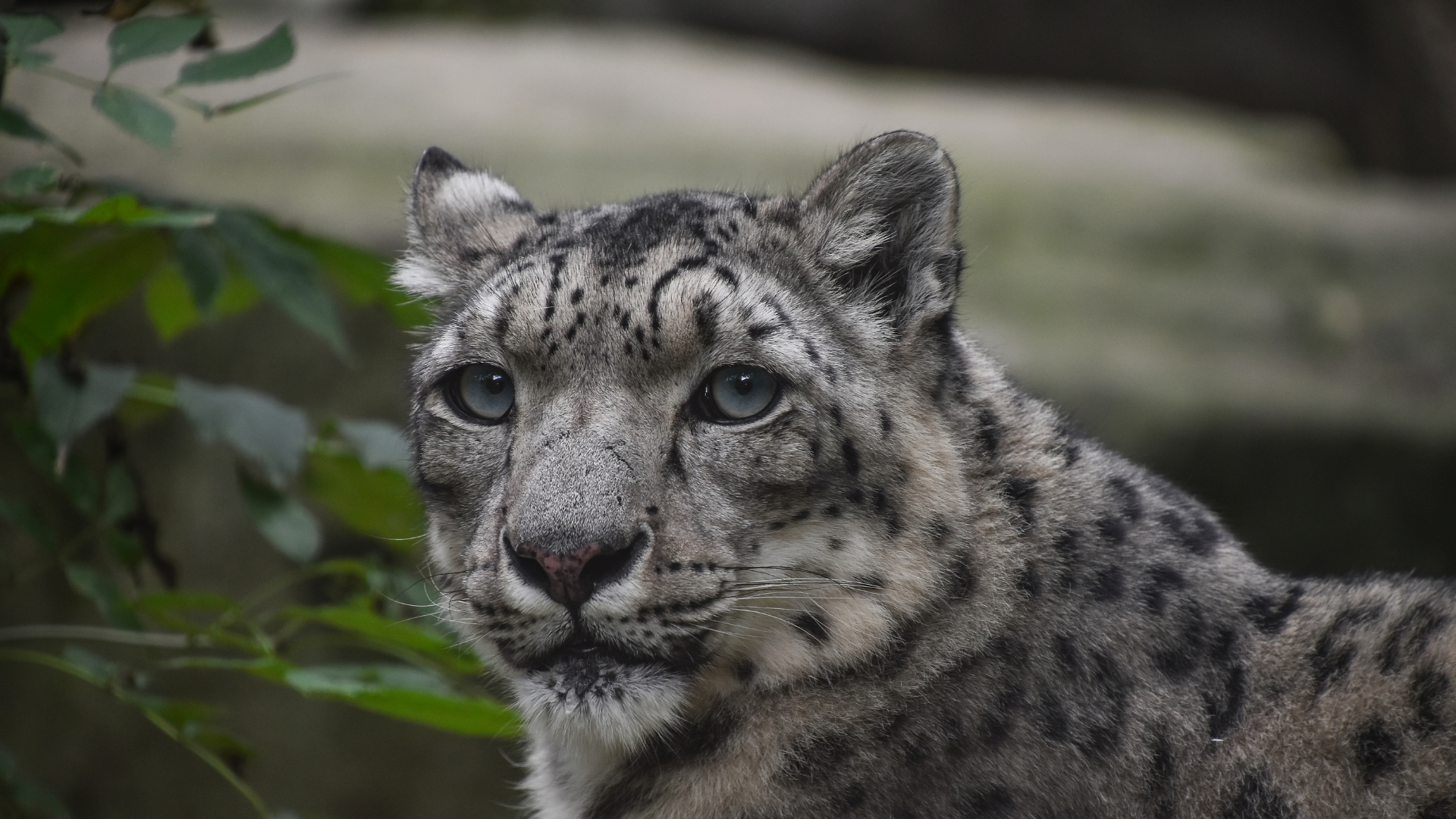 The planet’s wildlife is facing an existential crisis, thanks to increasingly sophisticated poaching activities, climate change, invasive species, and other threats. With IoT, we can reverse the trend and help save endangered species.
When you think about the Internet of Things, you probably jump to well-known examples like smart homes, connected automobiles, and industry 4.0. However, while these segments are unquestionably significant, recent years have seen IoT venture into new, less apparent markets.
One such area is wildlife protection. IoT networks for monitoring and protecting endangered species have exploded in key wildlife cradles around the world with outstanding results. Thanks to IoT, conservationists are deploying monitoring systems, particularly in remote, rugged areas, unlocking valuable opportunities for conserving wild animals and their environment.
Today's post discusses IoT's growing significance in wildlife protection by studying some remarkably successful initiatives.

The Pressing Need for Wildlife Protection

Global wildlife populations are facing some serious existential threats. Collectively, factors like unsustainable hunting and fishing, climate change, habitat loss, and species invasion have led to the population decline of global animal populations by nearly 70% in just the last 50 years. Moreover, according to the United Nations, one million out of the eight million flora and fauna species on Earth are facing extinction, many within the next few decades.
The loss of a species has profound effects, not just on its ecosystem but the entire planet. It destabilizes the food chain, brings cascading threats to life, and eventually leaves the world less diverse and resilient. With each extinction, Earth becomes lonelier and colder for current and future generations.

How Can IoT Help Save the Species?

The current extinction crisis is entirely the result of human activities. Nevertheless, we can reverse the trend with some quick and decisive action. By harnessing the power of emerging technologies like the Internet of Things, we can dramatically improve our chances of preserving the staggering diversity of life on Earth.
As a conservationist, you can utilize IoT solutions for real-time movement tracking and health monitoring, behavioral analysis, species vulnerability mapping, weather and climate prediction, and land management, among other impactful applications.
Below are three notable use cases of IoT in wildlife conservation.

Poaching is one of the primary threats to wildlife, responsible for the loss of thousands of animals every day and the gradual extinction of iconic species like tigers, rhinos, gorillas, and elephants.
Animal conservationists are fighting back by using advanced IoT solutions to track endangered species in their natural habitat. Sensors deployed in critical wildlife areas enable real-time monitoring, helping enforcement agencies to respond rapidly to poaching threats.
IoT devices also collect valuable data about animal behavior, movement patterns, habitat preferences, and social interactions. With such insights, conservationists can determine the most at-risk animals and ecosystems and deploy effective measures. Connected cameras can even alert rangers about suspicious human activities near protected areas, enabling them to respond long before an animal is lost or poachers escape.
In South Africa's Welgevonden Game Reserve, IoT solutions are helping rangers conserve the rhino population through a novel tactic that shifts the focus from tracking rhinos to herd animals like zebras and wildebeests, which are more abundant and not frequently poached.
According to studies, herds move together when confronted by natural predators like lions but often scatter when they encounter humans. By fitting some herd members with sensor-equipped collars, park rangers can analyze their behavior in real-time to detect human presence and mount timely responses.

Traffic accidents are a significant threat to wildlife conservation. Over one million vertebrate animals die from vehicle collisions every day. Moreover, studies show that almost 80% of drivers worldwide have had at least one "near-miss" incident with an animal while driving. With the number of vehicles rapidly increasing, appropriate measures must be implemented sooner rather than later.
The Internet of Things helps reduce the risk of animal-related accidents in several remarkable ways. For starters, with IoT geo-fencing solutions, conservationists can place virtual boundaries around critical animal habitats to restrict traffic, particularly during vulnerable times like migration periods.
Sensors strategically placed around safe zones can detect animals moving to traffic-heavy areas, resulting in timely responses from authorities. The same systems can also communicate with motorists via cell broadcast to alert them when they get close to animal habitats.
On the road, connected cameras can provide real-time footage of accidents and near-misses, which can be used for educational purposes or as evidence to support safety measures.

3. Involving the Community with IoT-powered Projects

Most wildlife conservationists agree that involving local communities is crucial for promoting environmental awareness and effective wildlife protection. By tapping into the Internet of Things, conservationists can use high-tech tools to inform citizens about the importance of wildlife ecosystems and get them invested in the cause.
IoT solutions are particularly effective in regions where traditional communication infrastructure is limited, such as rural areas or islands. By leveraging mesh networks for real-time updates on animal locations and environmental conditions, conservationists can help local communities make more informed decisions when they need to protect their land.
In the Brazilian Amazon, the WWF Project Piaba engages local communities in freshwater fish conservation initiatives. IoT smart devices embedded in fishing boats can track fish movement and catches and ensure only legal amounts of fish are harvested. So far, the project has helped increase the population of some threatened fish species by up to 400%.

The future of IoT in Wildlife Conservation

Although GPS technology has long been used in wildlife protection, challenges like sophisticated poaching activities, climate change, and invasive species necessitate a more comprehensive strategy.
The Internet of Things has immense potential to reinforce conservation efforts. By strengthening the ability of conservationists to monitor animal behavior and habitats, IoT can enable them to determine the best strategies for protecting vulnerable wildlife and habitats.
Down the road, you can expect even more ground-breaking advancements as IoT continues to penetrate wildlife conservation. Create your free IoT2Market account to stay updated with the latest products in the segment.

Although the Internet of Things has been on a formidable uptrend in recent years, some IoT segments ... 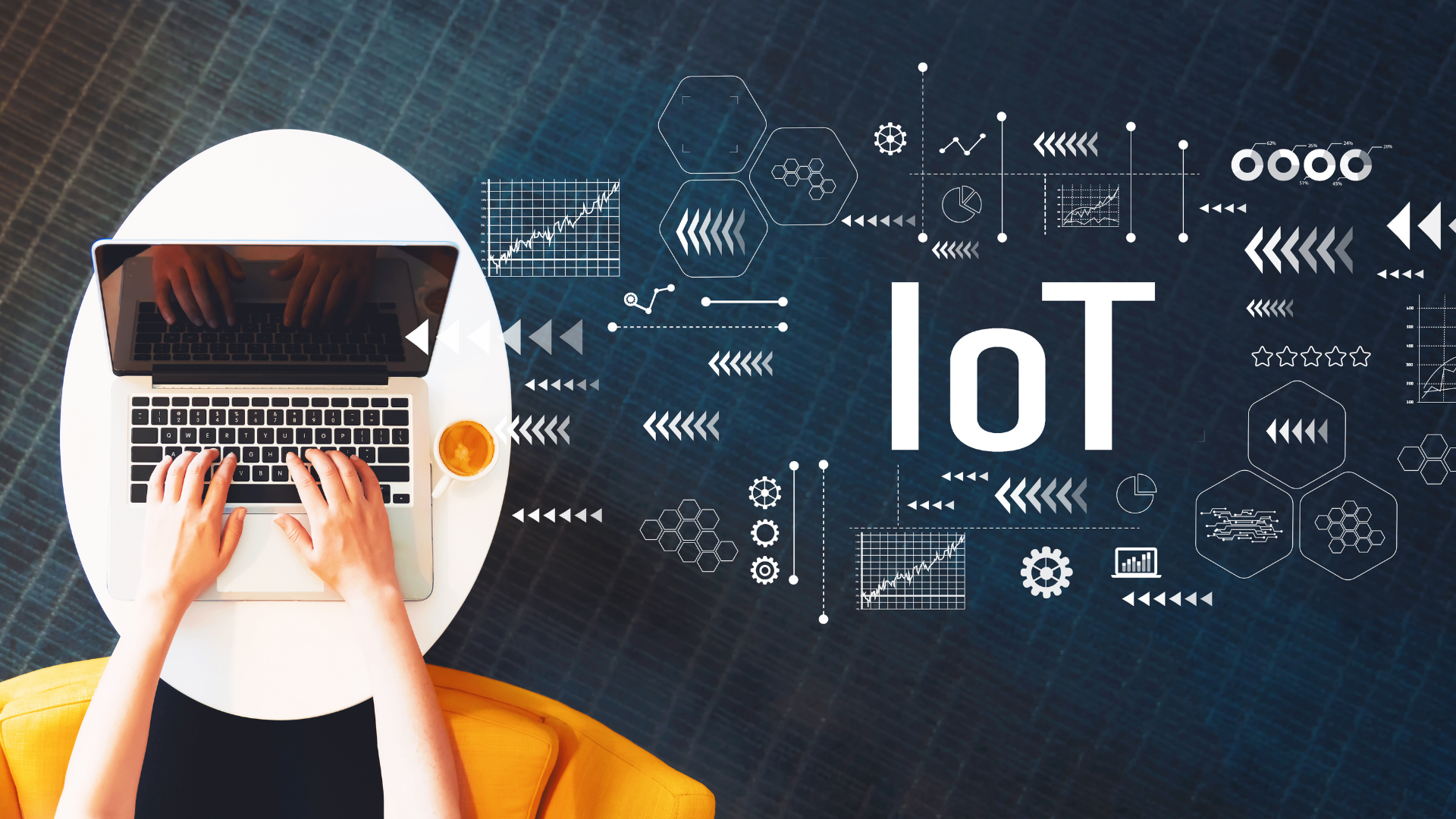 Three Pressing Global Issues That Can Be Addressed ...

Global problems like food insecurity, armed conflict, and the pandemic are threatening the lives and ... 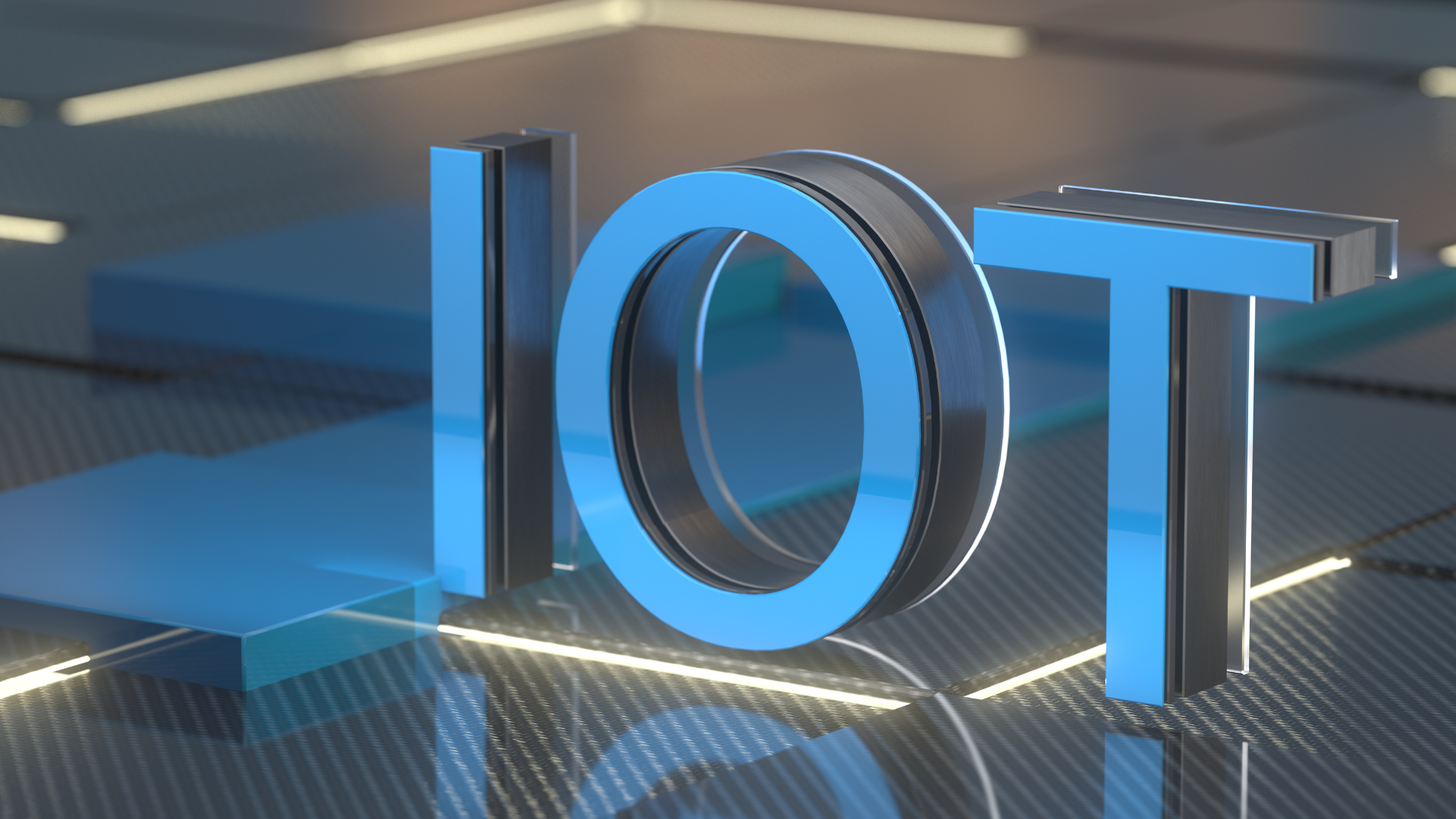 Leveraging the Internet of Things to Improve Every ... 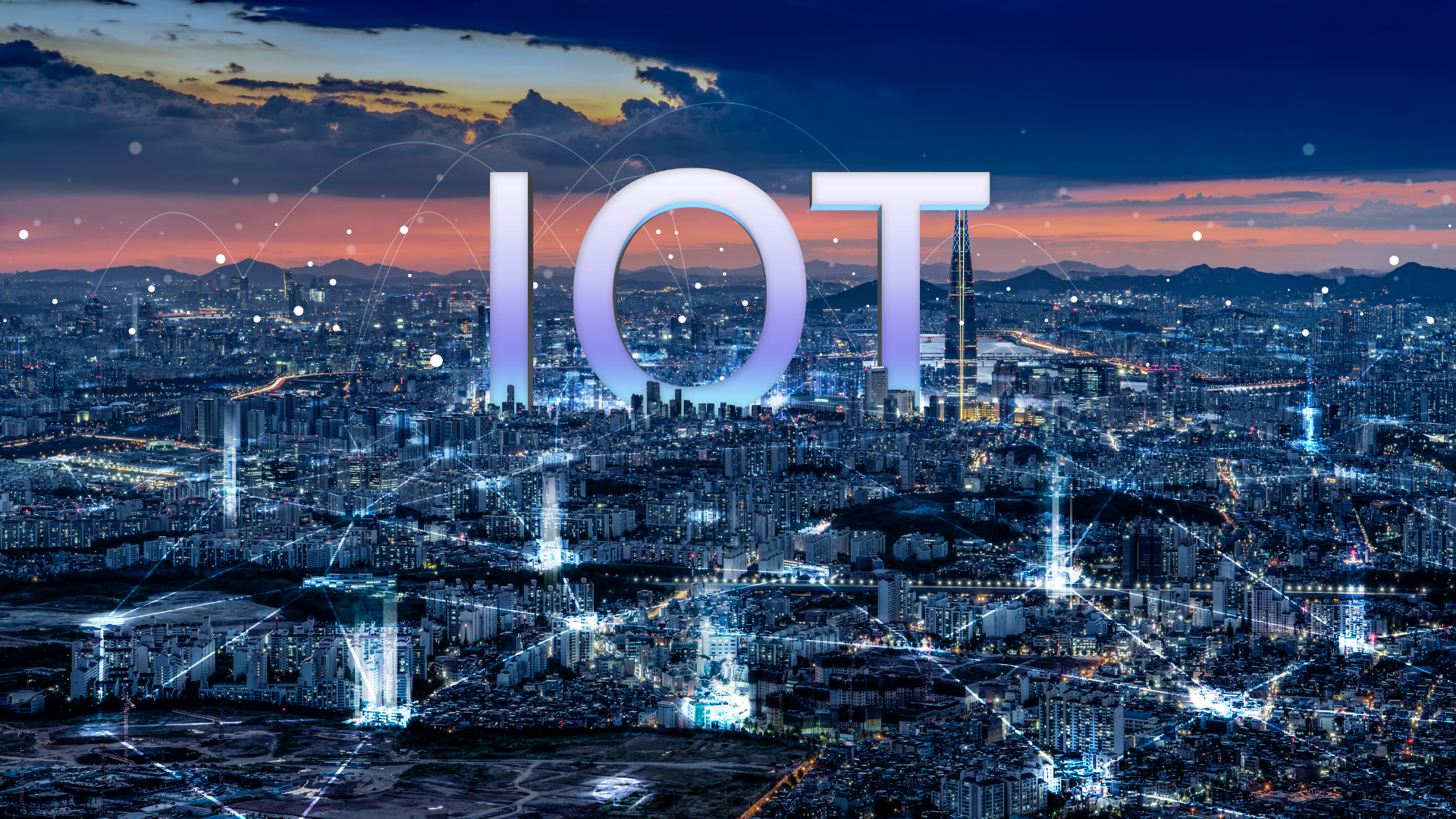 The Critical Role of IoT in Pandemic Management: W ...

The Internet of Things has had a massive impact on healthcare during the pandemic. This article expl ...