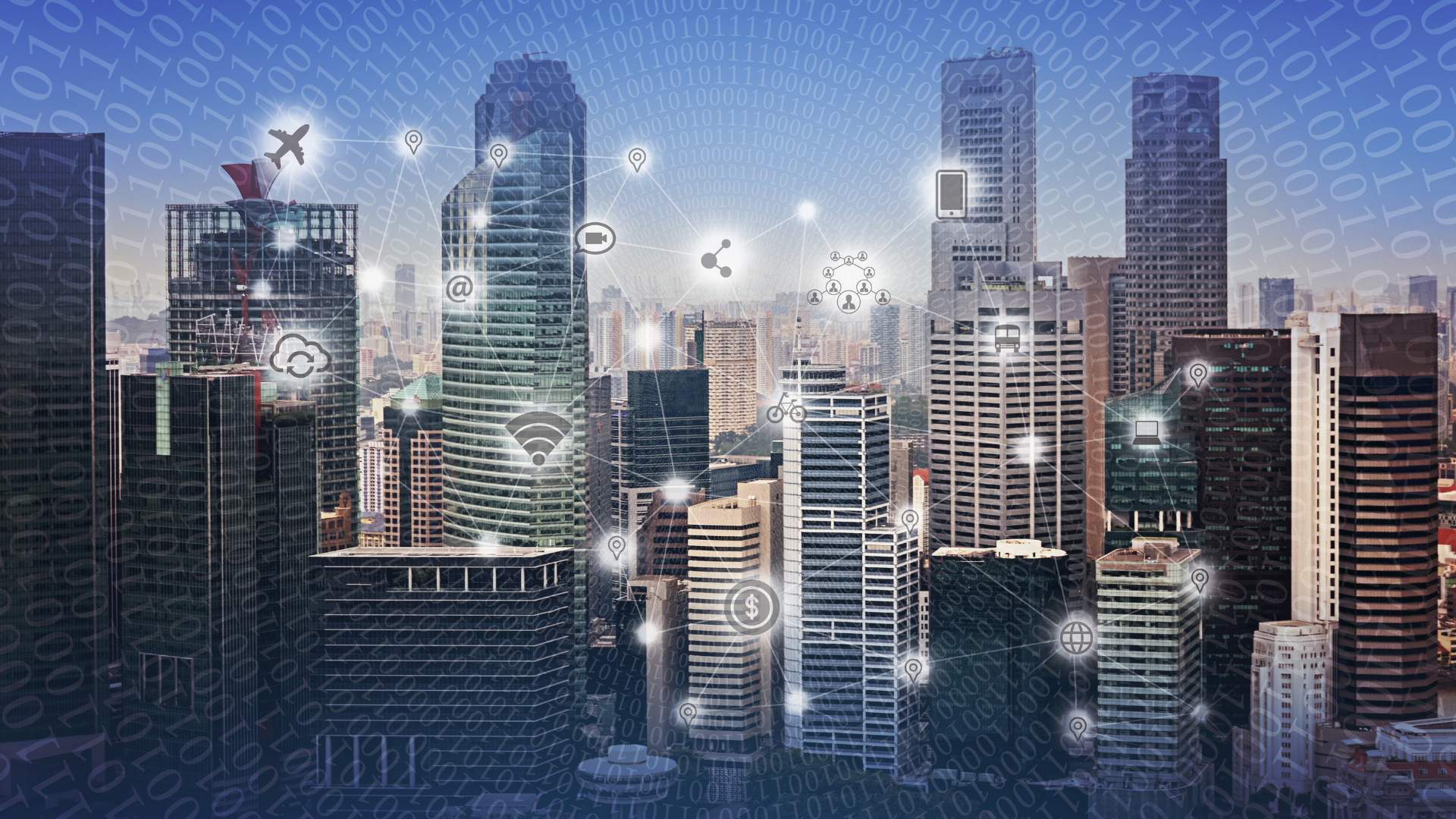 The Russia-Ukraine conflict could significantly disrupt the IoT sector. This article highlights the war's most apparent potential implications on IoT.
Russia's ongoing invasion has had devastating ramifications on Ukraine and a far-reaching global impact. From the developing refugee crisis to alarming inflation rates, the conflict's unprecedented effects are causing severe social-economic shocks, threatening the lives and livelihoods of millions, and disrupting numerous industries.
The Internet of Things is among the less-mentioned but thoroughly affected sectors. A nascent but rapidly growing market, IoT is facing disruptions that could extensively alter its short-term outlook.
In today's article, we discuss the conflict's potentially dreary outcomes for the IoT sector and some possible opportunities that could help cushion the blow.

1. The electronic chips shortage could get worse

Over the last two years, high demand for consumer electronics and pandemic-induced supply chain disruptions caused an unprecedented supply shock in the electronic chips market.
Now, the chip shortage looks set for further escalation, thanks to the Russia-Ukraine conflict. Both warring nations are among the top suppliers of essential semiconductor raw materials - Russia supplies 44% of the world's palladium, while Ukraine produces a whopping 70% of global neon supplies.
With supply networks from both countries severely affected, chip-reliant industries like the Internet of Things are set for significant disruption.
Chip scarcity will translate to lower production output and higher operating costs for many IoT developers and rarer, more expensive products on the market. In the short term, this impact will likely put a damper on innovation and growth in the still-nascent IoT market.

2. Rising oil prices could cause higher inflation and lower demand for IoT solutions

Besides being a major player in the supply of semiconductor metals, Russia is among the top three crude oil and natural gas producers globally. Therefore, it is not surprising that the trade sanctions imposed on the country have prompted a spike in oil prices.
Given the world's dependence on oil, rising costs are already having ripple effects across the global economy. According to RSM experts, the Russia-Ukraine conflict could translate to a 10% inflation year over year, primarily driven by oil and gas prices.
For IoT, high inflation translates to reduced buying power and lower demand for non-essential products. Because many IoT solutions are convenience rather than necessity purchases, rising prices of other high-priority goods and services could see businesses and consumers divert investments away from IoT.

3. The conflict could compromise technological interoperability

The Ukraine conflict is not just a state-to-state issue. It is also a manifestation of the growing divide between global powers. While NATO countries have rallied in full support of Ukraine's territorial integrity, other states, such as China and Iran, are either leaning toward Russia or on the fence.
Increasing geopolitical tensions could make it challenging for companies to agree on cross-border technology standards. Many tech segments rely on standards and common protocols to ensure that solutions from different manufacturers can connect and work together.
With the Ukraine conflict stretching international ties to the limit, balkanization could ensue, particularly in young, growing markets like the Internet of Things.
Instead of a unified ecosystem with common standards and protocols, the IoT segment could see different regions adopting different technologies. This eventuality would inhibit the growth of global IoT and create further fragmentation in an industry that is already struggling with interoperability issues.

4. The Russian Invasion could reduce IT services availability

Ukraine is among the top locations for third-party engineering and IT services. According to Forbes, over 30,000 Ukrainians work for third-party tech service providers with global clients in the banking, retail, healthcare, and automobile sectors. An additional 20,000 citizens work in Ukraine-based GBS centers.
While these numbers may sound modest, Ukraine's tech workforce largely comprises senior engineers. Forbes estimates the conflict has already caused disruptions for 10% of the world's high-level IT talent working remotely. This out-turn comes when the world is already dealing with a global IT staff shortage.
The IoT sector relies on a steady influx of new talent to fuel innovation and growth. If the conflict continues, the resulting shortage of experienced engineers could cause significant setbacks for IoT development and slow down uptake.

5. Expensive gasoline and diesel could accelerate the electric vehicle trend

Although fuel costs have long been a primary pain point for motorists, the Russia-Ukraine conflict is taking things to a whole new level. The U.S. Energy Information Administration expects gasoline prices to average $4.1 in 2022, up from $3.01 in 2021. Businesses using diesel-powered vehicles will also feel the pinch, with average diesel prices pushed to $4.43 per gallon.
Rising fuel prices do not impact electric vehicles as negatively as their gasoline and diesel counterparts. Unsurprisingly, a study by AutoPacific Research reveals that 11% of U.S. motorists are considering buying an EV as their next car, and 83% of these new adopters are primarily motivated by lower energy costs.
Increased electric vehicle uptake will translate to higher demand for EV-related IoT solutions, such as smart charging stations and battery management systems, and valuable opportunities for IoT developers and suppliers in this space.

Recent trade sanctions against Russia have placed many European countries in a tight spot because of their overdependence on Russia's oil and natural gas. According to the European Commission, the EU imports 25% of its oil and 45% of its gas and coal from Russia. Consequently, recent events leave EU nations vulnerable to price shocks and supply disruptions.
While the European Union has been steadily ramping up investments in renewable energy sources, the mounting pressure to move from Russian imports will likely accelerate efforts.
The Internet of Things is well-positioned to play a leading role in this fast-growing sector. With IoT solutions, renewable energy providers and grid managers can optimize their systems to make them more efficient and reliable. Meanwhile, consumers can use apps to receive real-time information about their energy consumption.
As energy costs in the EU and elsewhere rise, consumers will increasingly turn to renewables as a cheaper and more sustainable alternative, boosting demand and innovation in the IoT renewables segment.

7. The Russia-Ukraine conflict could increase investment in IoT security solutions

The cybersecurity market experienced a dramatic uptrend in the advent of the COVID-19 pandemic. With the growth of remote working, online shopping, and teleservices, Internet vigilance became a top priority for many organizations. Now, even as the pandemic eases and normalcy returns, the Russian invasion of Ukraine has prompted companies to maintain heightened security postures.
Although an all-out cyberattack from Russia to NATO allies is unlikely, security experts predict increased criminal activity from Russian ransomware gangs. Authorities, including the U.S. Cybersecurity Infrastructure and Security Agency, have advised companies to keep their shields raised.
Safety concerns present a platform for IoT developers to shine by offering innovative solutions that can help companies protect their data, devices, and networks. As organizations ramp up cybersecurity investments, the IoT security market will likely experience a demand surge, benefiting both established and upcoming players alike.

The IoT Market will emerge stronger after the conflict

The Russia-Ukraine conflict is complex and fluid, with mixed implications for the IoT market. On the one hand, the war's impact on the electronic chip market, inflation rate, technological interoperability, and IT staff availability could reduce the sector's momentum.
Yet, on the other hand, its potential to boost IoT growth segments like electric vehicles, renewable energy, and cybersecurity could present new opportunities for market players and fuel a strong recovery after the war.
As an IoT developer, surviving and thriving amid ongoing disruption requires you to target the right sector and get your product to the right customer at the right time. Create a free IoT2Market account today and give your solutions the visibility they need to succeed. 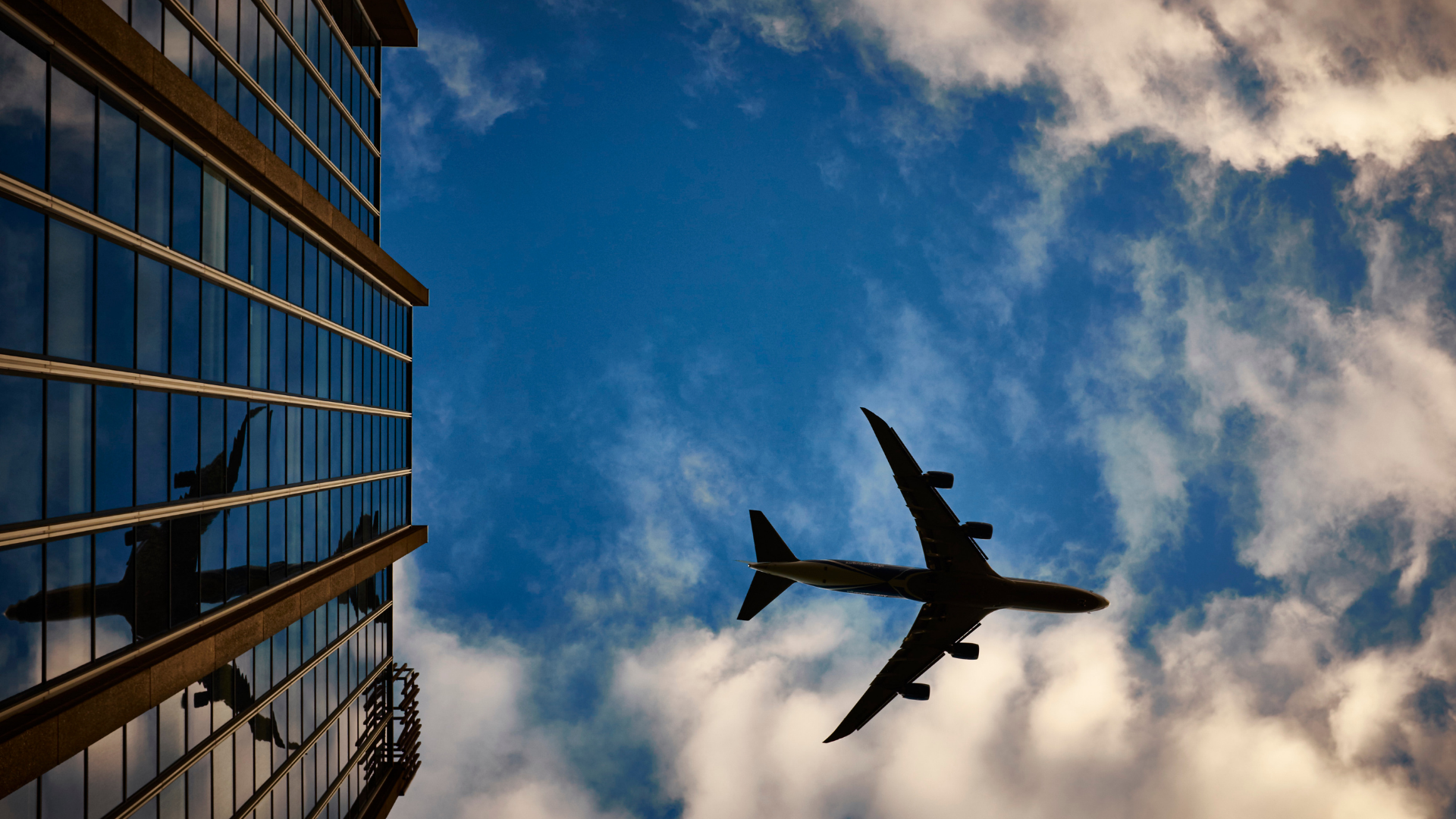 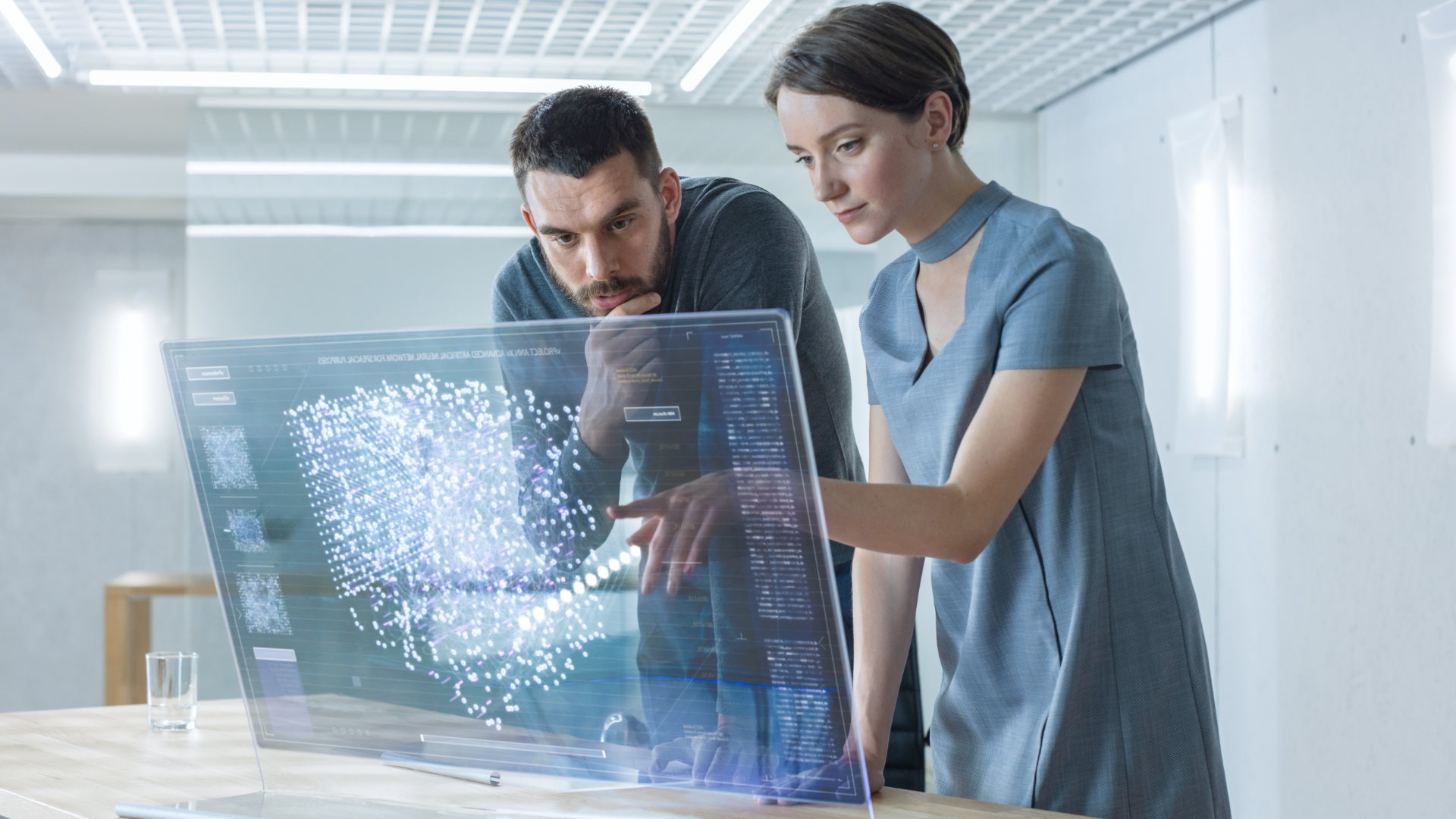 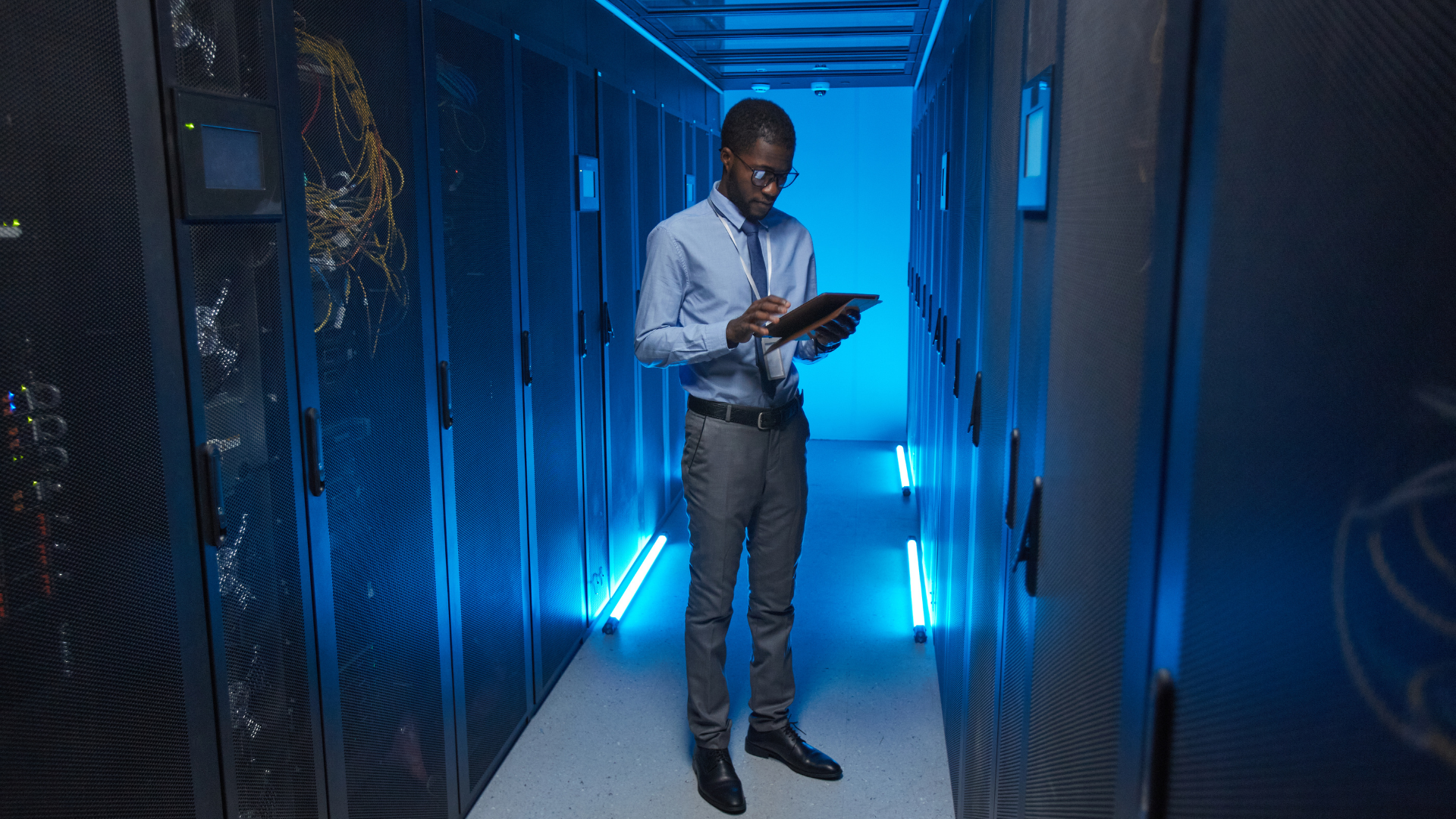